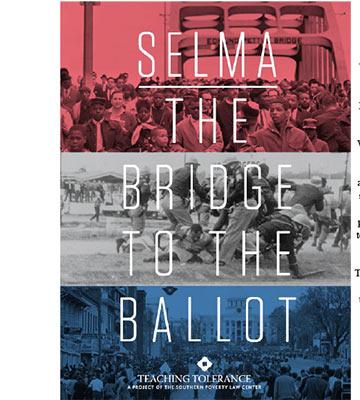 Taking a page from the playbook of many organizations, KIPCOR (the Kansas Institute for Peace and Conflict Resolution at Bethel College) will screen the film via Zoom.

Registration is required in order to get the link. Go to https://docs.google.com/forms/d/e/1FAIpQLSdlM5YgCTFf7_7RPl5o7vdN_t50STw4TZ4KV2eZ9aLK2O26MA/viewform?embedded=true (or visit kipcor.org, click on the Film Series link and scroll down for the “Register Here” button).

Larry Burks Sr., president of the Wichita chapter of the NAACP, will lead the talk-back session after the 40-minute documentary.

The recent death of Congressman John Lewis recalled the events of “Bloody Sunday,” March 7, 1965, when a group of civil rights activists tried to march from Selma to Montgomery, Ala.

As they attempted to cross the Edmund Pettus Bridge, they were attacked and beaten by police (Lewis suffered a fractured skull).

The names of Lewis, Martin Luther King Jr., Jimmie Lee Jackson and Rev. James Reeb are perhaps the best-known in connection with the march. Selma: The Bridge to the Ballot focuses on those who are sometimes forgotten, particularly teachers and students.

With a contentious election on the horizon in the United States, the film is a timely reminder of what ordinary Black citizens sacrificed to win equal voting rights.

It tells the story of a courageous group of students and teachers who, along with other activists, fought a nonviolent battle to win voting rights for Black people in the South.

Standing in their way was a century of Jim Crow, a resistant and segregationist state and its governor, George Wallace, and a federal government slow to fully embrace equality.

This group of about 600 organized and marched in the face of intimidation, violence, arrest and even murder to achieve one of the most significant victories of the civil rights era.

Academy Award winner Octavia Spencer narrates Selma: The Bridge to the Ballot, directed and produced by Bill Brummel in 2015 for Teaching Tolerance, a project of the Southern Poverty Law Center.

The KIPCOR Film Series is funded in part through the KIPCOR Peace Lecture Endowment. The next film is scheduled for Nov. 15. Check kipcor.org for information on whether it will be screened in-person or via Zoom.