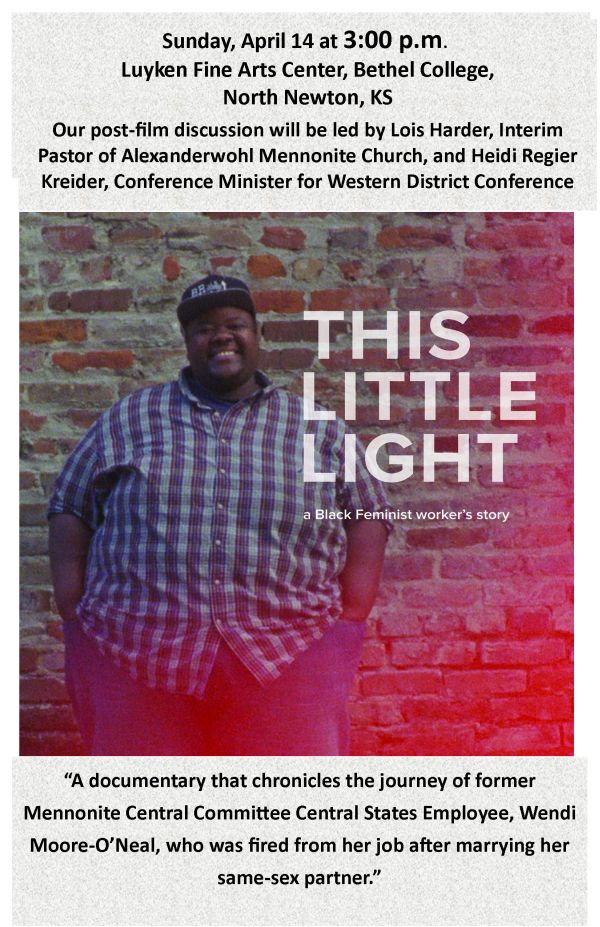 Join us Sunday, April 14 at 3:00 p.m. in Krehbiel Auditorium as KIPCOR concludes its 2018-19 Film Series.  We will be screening, “This Little Light,” a documentary that tells the story of former Mennonite Central Committee Central States employee, Wendi Moore-O’Neal.  O’Neal, a Black Feminist from New Orleans, was hired as a community organizer in the wake of Hurricane Katrina.  She was later fired from her job after marrying her same-sex partner.  In “This Little Light,” we learn about Wendi’s journey, her decision to marry her partner, and how she used freedom singing and other spiritual means to move beyond her struggle.  Please stay after the film for your chance to offer comments and ask questions of a special guest.